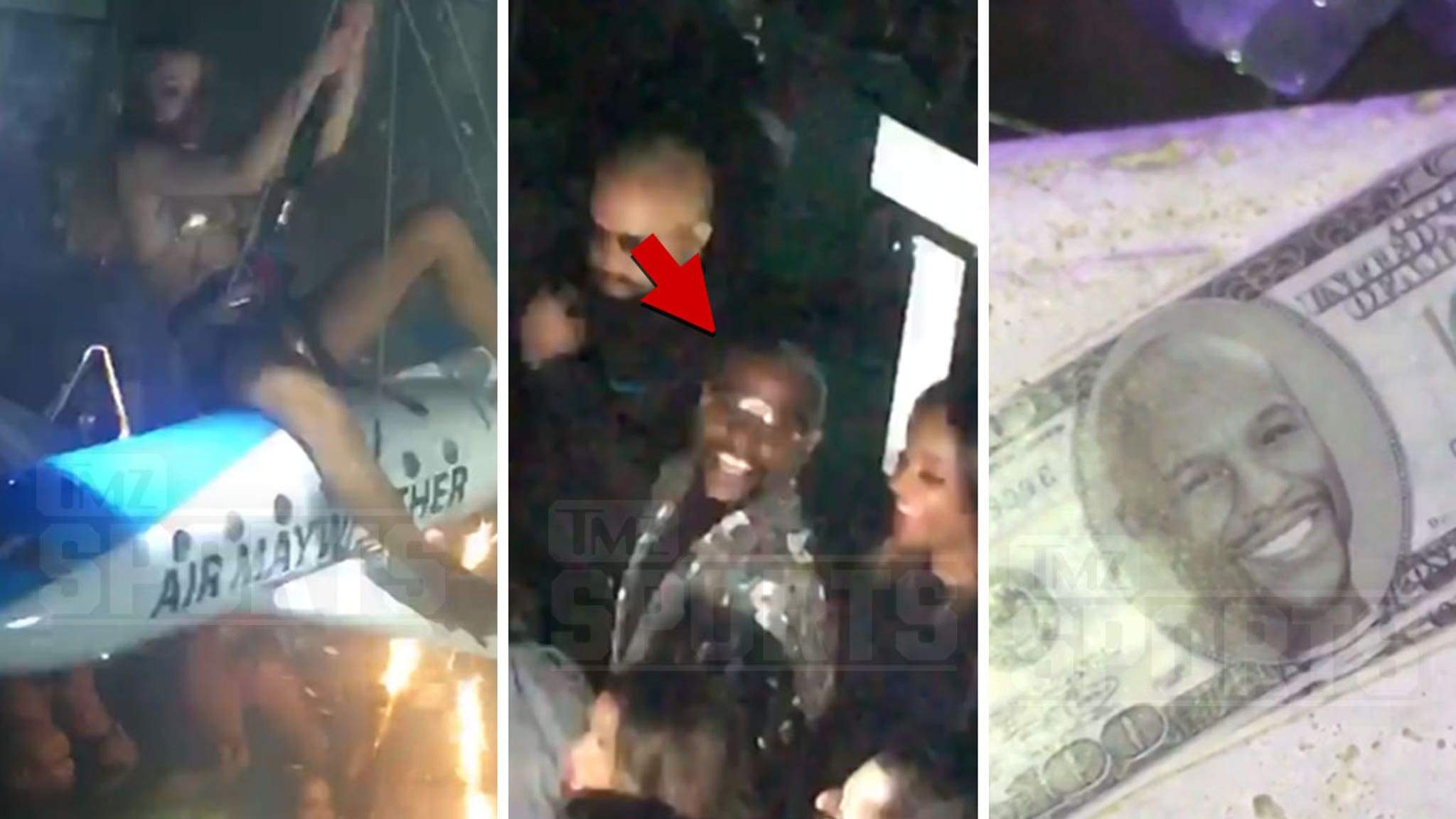 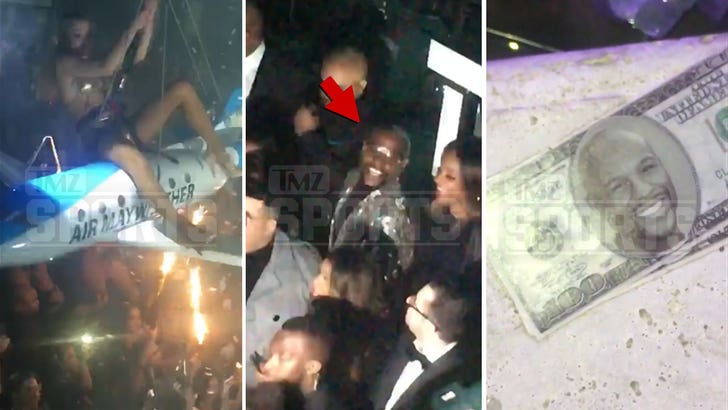 Floyd Mayweather celebrated his 43rd Birthday in grand fashion Friday night … with tons of celebs to help him out.

Floyd and co. shut down the Sunset Eden nightclub in Hollywood where hundreds of folks lit up the room, including Snoop Dogg, French Montana, Lil’ Kim, Reggie Bush, Tiffany Haddish and Quavo.

A little surprising … no grub and a cash bar. They did spring for a DJ, who played music all night.

There were strippers riding “Air Mayweather” planes flying up and down with smoke and fire. Check out the stripper on the shoulders of a man surrounded by golden flares.

There were plenty of 100 bills with Floyd’s face on them. 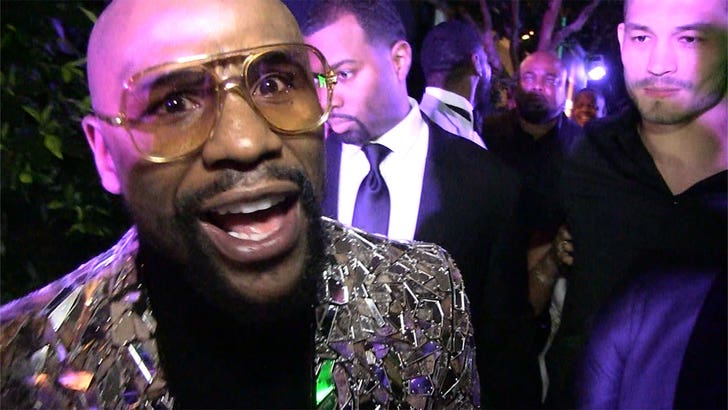 Floyd told us as he left he’s down for a Conor McGregor rematch, adding if the price is right he’ll “whoop his ass again.” There’s rumbling the next one should be a UFC fight, but that almost certainly ain’t gonna happen.