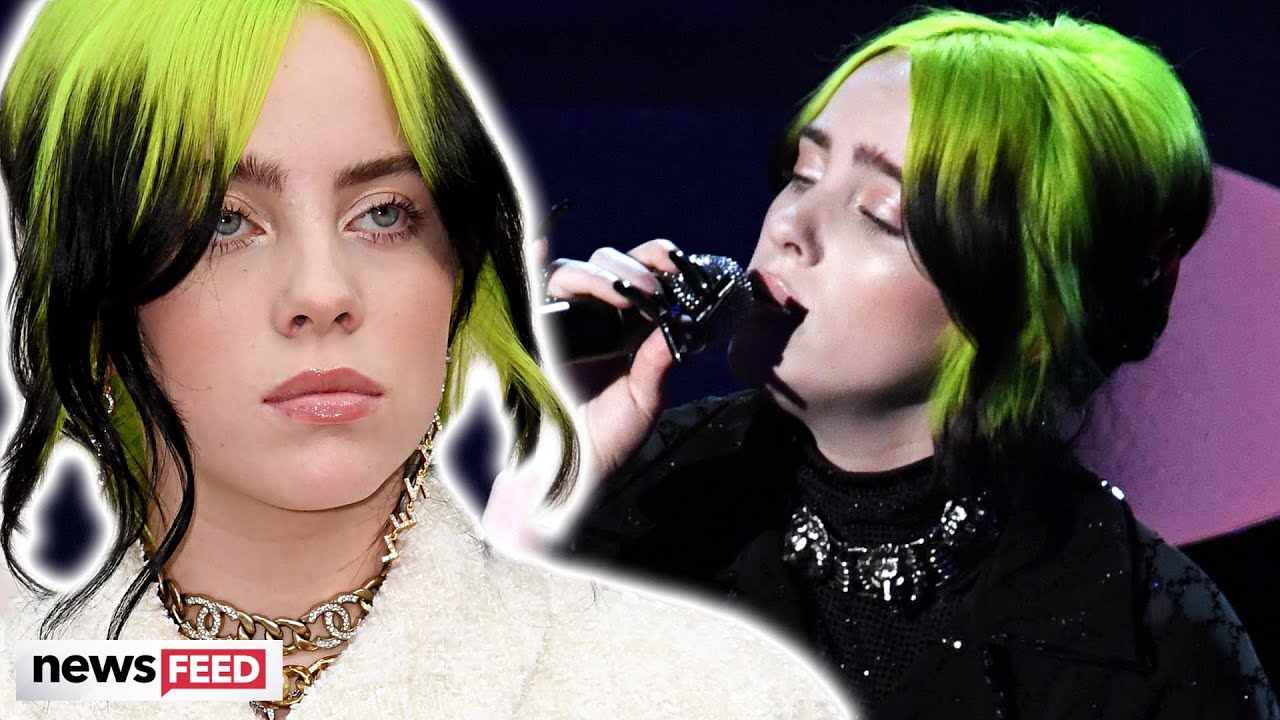 What’s up? It’s Drew Dorsey here with Clevver News and it’s no secret that Billie Eilish is having one HELL of a year.

She started off 2020 by absolutely sweeping at the Grammy Awards in January.

And by sweeping, I mean that between Billie and Finneas collectively won 10 Grammys, breaking records left and right.

Billie also performed at the Grammys with a beautiful piano only version of her song “when the party’s over.”

And the people over at the Oscars must’ve seen this performance because just a few days after the Grammys, Billie announced that she’d be performing at the Academy Awards.At the time, no one knew what Billie would be performing, but we soon found out that she would be singing during the in memoriam segment.

What we all saw was Billie and Finneas performing a beautiful cover of The Beatles’ song “Yesterday.”

And not everyone can cover the Beatles and do them justice, but we thought Billie slayed it.

But even artists as successful and talented as Billie Eilish are their own worst critics.

In an interview on Apple Music’s New Music Daily with Zane Lowe, Billie bashed her own performance calling it “trash.”

Zane, and all of us, strongly disagreed with Billie as she explained why she thought her performance was bad.

I mean we couldn’t even tell that she was sick!

But in addition to not feeling physically well, Billie also revealed that she felt like a fish out of water amongst all the movie stars at the Oscars.

So much so that Billie was actually feeling really nervous — something she rarely is for performances.

Billie went on to say quote, “I know, I know, and it was also, like, the Oscars is not my scene, um, people, like, you know what I mean, like, it’s not, I’m not used to that. At least the Grammy’s wasn’t as scary because it was, like, artists-… and it felt like my people, if felt like, oh, look a bunch of artists, and, like, I knew a lot of them already and I’d met them and they knew of me and, like-… but, like, the Oscars, I’m like, these are movie stars.”

Billie also added that quote, “It’s true. Totally different, the show is so scary. … And the thing is, like, I don’t normally get nervous, I don’t get nervous for shows or, like, any sort of performance really, but that sh*t was terrifying. I think we were fully, like, not, I think we were just glad it was over.”

Ok well I guess we are just going to have to agree to disagree on this one Billie!

We had no idea that you were nervous OR sick, we thought you did a great job.

But there’s one thing we can all agree on though. Later in the interview, Billie told Zane how excited she is for her upcoming tour.

Billie said quote, “I’m like, I’m actually looking forward to touring, for once in my life. Um, I’m really excited, we leave in March, which is, like, two seconds away. I realized yesterday, I’m excited, I’m, like, so ready to get back to it, like, you don’t even know.”

And we’re excited too! Do any of you have tickets to Billie’s upcoming tour? Let me know down in the comments!

And we can’t talk about Billie today without talking about her new James Bond song, “No Time To Die.”

It dropped Thursday and we haven’t stopped listening since.

Billie made history again with this song as the youngest artist to write and record a James Bond theme song.

And Billie revealed to Zane Lowe that while the song just dropped yesterday, she and her brother have actually been thinking about 007 for years.