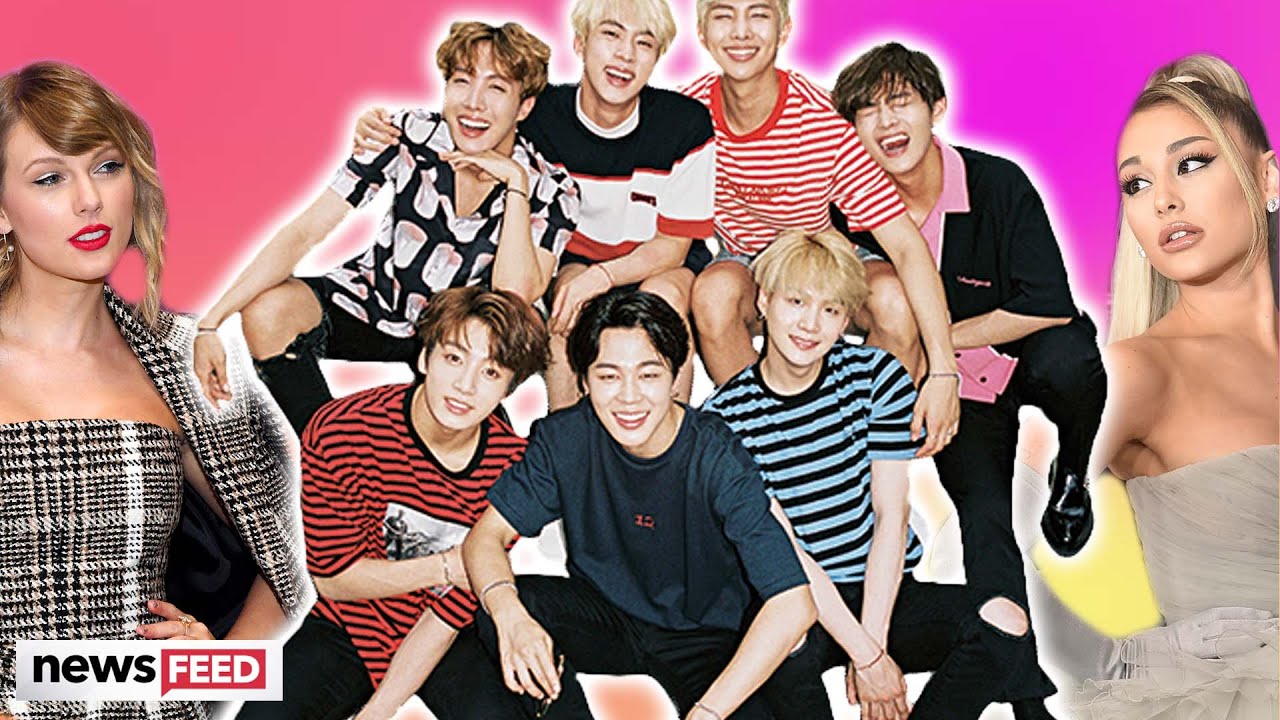 Clevver News
Share on Facebook
Share on Twitter
Share on Pinterest
Share on LinkedIn
More Celebrity News ►► http://bit.ly/SubClevverNews
BTS ticket sales are in extremely high demand, so much so, that they have already beat out sales for Ariana Grande and Taylor Swift’s tours in the first three days alone.What’s up guys, it’s XXXX with Clevver News, and remember that time when the BTS Army was freaking out because of such high-demand ticket sales?Welllll, they clearly had all the right to worry because ticket sales have skyrocketed through the roof.And yes, I hate to do this, but I’m gonna base these facts off of comparisons to other artists’ ticket sales, just to show exactly HOW mind-blowingly in-demand these ticket sales are.According to StubHub, which allows fans to buy and resell tickets, some venues that are hosting the BTS: Map of the Soul Tour, sold out within hours.The site also said it saw almost twice as many tickets sold for BTS as the entirety of the Super Bowl…. did you hear that? The SUPER BOWL AKA the most watched televised event of the year. Even more, the 560% growth for BTS in the first 72 hours compares with Ariana Grande’s Sweetener Tour in 2019, with a 378% growth, and also Taylor Swift’s Lover Tour 2020, which had a 258% increaseBTS fans from all over the U.S., as well as 24 countries have purchased tickets, dubbing the band StubHub’s No. 1 top-selling artist in the past 30 days — also beating out Billie Eilish, Post Malone, Elton John and My Chemical Romance.Like…. WHAT?So if you’re in complete disbelief, although, why would you be because it’s BTS, StubHub’s general manager of music and theater, Jeff Poirier, revealed QUOTE, “The BTS 2020 tour is driving demand unlike anything we’ve seen from a pop act in recent years.And just because I’m sure the BTS Army will appreciate these numbers, I’m gonna keep it goingThe band was also StubHub’s biggest seller in 2019, with other rankings putting them in front as the highest-grossing overall tour, with their Love Yourself World Tour grossing more than $196.4 million. Last July, BTS also made its debut at No. 43 on the Forbes Celebrity 100 List, earning $57 million in pretax income over the past year. These guys are literally on fire, and I’d be willing to bet that they ain’t slowin’ down any time soonThe Map of the Sun tour kicks off in April, and will circulate through Asia, North America and Europe. But speaking of their upcoming tour, many fans became frustrated and worried after Ticketmaster revealed new presale rules.Late last year, BTS’ management group, Big Hit Entertainment, announced a new ticket lottery system for fans looking to get the “best” seats.In order to gain access to floor seats in the lottery, fans are to purchase an official ARMY fan club membership, which automatically enters them into a raffle to access the floor seats. The site sent out a tweet, stating that fans should come to Ticketmaster early and sign in, only use one device, try not to buy tickets on the same WiFi network as another fan, and also stay in one waiting room per show.So basically it’s as simple as, say, solving a Rubik’s cube in like, 8 seconds.This obviously didn’t sit well with fans, who noted that everything they thought they knew about purchasing presale tickets on Ticketmaster is now not a thing.They also pointed out that ARMY members will only be allowed to purchase presale tickets for the specific date they chose when registering for the lottery, so basically you get literally ONE chance to get your tix.But if there’s one thing I LOVE about the BTS Army, I swear you guys are the most supportive, which is always refreshing to see.All the confusion left fans tweeting helpful advice to people unable to purchase tickets due to the new regulations:Seriously gotta love the ARMY and their insane dedication.On that note, I probably don’t even need to tell you guys this, BUT the band’s Map of the Soul: 7 album is set to drop next week on February 21st.Until then, were you guys able to actually get through with purchasing your Map of the Soul tickets? And were you at all surprised that BTS outsold both Taylor Swift AND Ariana Grande? Get the conversation going down here in the comments, and then don’t forget to hit that subscribe button and click that bell so you never miss out on any BTS updates.After that, be sure to click right over here to watch another new video.I’m your host XXXXX and I’ll see ya next time!