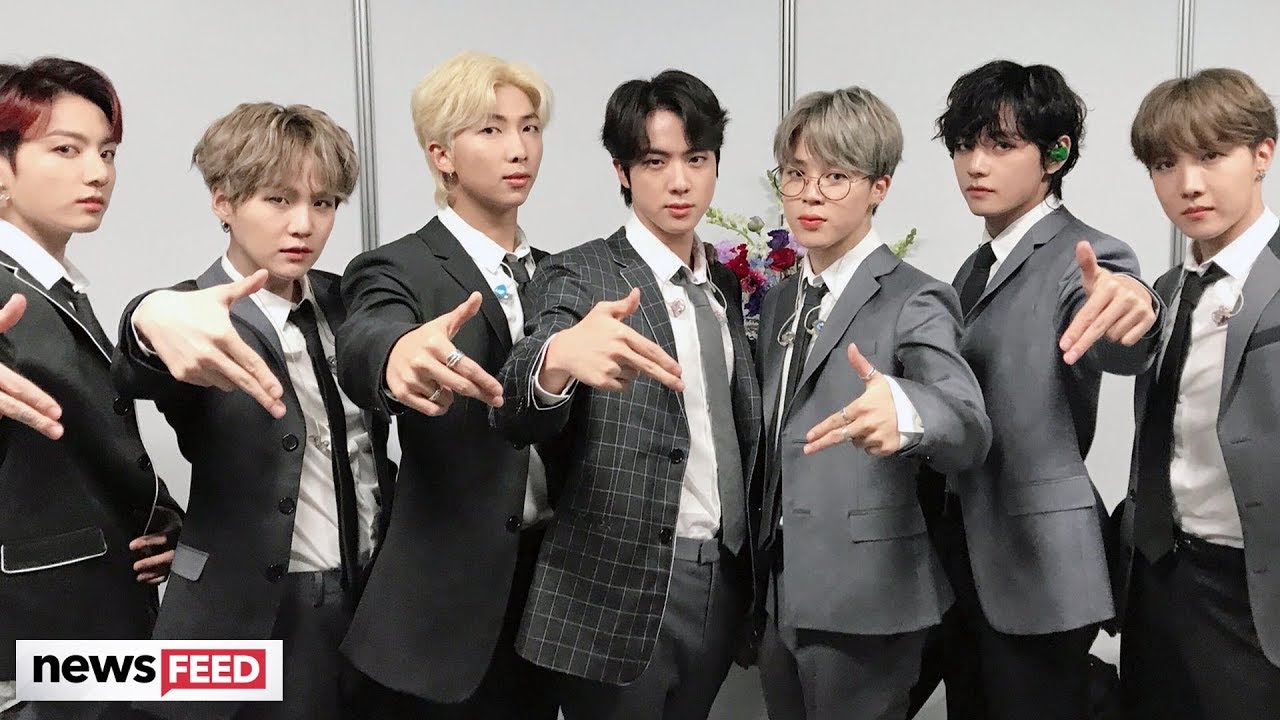 BTS won big at the 2019 Melon Music Awards and made history YET AGAIN! These guys are seriously having the year of their lives.What’s up? It’s Emile Ennis Jr. here with Clevver News and while it was somewhat expected that BTS would win some of the major awards at the MMA’s, they broke records by winning the four top honors.According to multiple K-pop outlets, the boys of BTS just became the first K-pop group to sweep and win the four major categories at the MMA’s.They won for Artist of the Year, Album of the Year for Map of the Soul: Persona, Record of the Year, and Song of the Year for “Boy with Luv.” They cleaned up!And as if winning those four categories wasn’t enough, BTS also won other awards like the Hot Star Award, Best Male Dance, and the Popularity Award. And obviously this isn’t the first time they’ve won some of these major awards.They’ve won in three of the four top categories before. BTS was Artist of the Year for the first time last year. They got the Song of the Year award in 2017 for “Spring Day” and they’ve won Album of the Year on three separate occasions in 2016, 2018, and now, 2019.And BTS ARMY members were flooding Twitter to support their boys on the night of the big wins.But they didn’t just win big this year, they also performed.And while we know that the BTS guys never disappoint, this performance was no different. They did what they do best and delivered show-stopping performances with some of their biggest hits like “Boy In Luv,” “Dionysus,” and “Fake Love.”They brought their signature dreamy vocals and their epic dance moves to take their performance to the next level.And in case you missed the performance, we’ve got a little recap right here for ya.To start off their set, RM performed “Persona” alone before the entire group joined him for their 2014 song “Boy In Luv.”And I loved the school vibes in the “Boy In Luv” intro. And don’t worry, we see Jungkook’s hair, don’t worry we will get to that. For their third and fourth songs, BTS finally played hits from their 2019 album Map of the Soul: Persona.Their performance of their songs “Mikrokosmos” and “Dionysus” was space themed and I was so here for it.
Can we talk about that rotating stage for a second? It’s awesome. Also, I was obsessed with how everyone in the audience had lights to hold up.I was watching this performance at my desk, but I actually felt like I was there for a split second because of how epic this was.And after the group numbers, individual members got to show off their vocals and dance moves with solo renditions of some of their biggest hits.Jimin did a solo version of “I Need U” dressed in all white and beautiful would be an understatement.His dance moves were so impressive it actually brought a tear to my eye.Next up, Jungkook stunned us all by performing “Save Me” solo on water.Last but certainly not least, J-Hope ended the set with an electronic version of “Fake Love” with dancers and strobe lights.The EDM vibes there were not lost upon me.Obviously we can’t talk about every single moment, but with these epic performances and the huge wins, it’s safe to say that the 2019 MMA’s were a night to remember for all ARMY members.But shockingly, that wasn’t all.Jungkook rocked a new hairstyle that night and the ARMY cannot get over it.See, I told you we’d get to it.He debuted red highlights which can be seen in this video.And this hairstyle is a throwback to his red hair days in 2014, when “Boy In Luv” was first released.So it was awesome to see him performing Boy In Luv with the red highlights again! I love a subtle nod like that.And the ARMY was right there with me.They were flooding Twitter with their love for Jungkook’s red highlights.But that wasn’t all.Obviously some ARMY members got even more creative with their tweets.So while there were many awards won and lots of perfect performances, I think the red highlights may have stolen the show.What do ya think?!? What was your favorite BTS moment from the MMA’s? Which performance was the best to you? And are you as obsessed with Jungkook’s new hair as the rest of the ARMY is?Let me know down in the comments below.

After that, click that bell so you don’t miss any of our new stories. Then click right over here for more entertainment news. Thanks for hanging out with me here on Clevver News, I’m Emile Ennis Jr and have a great day.