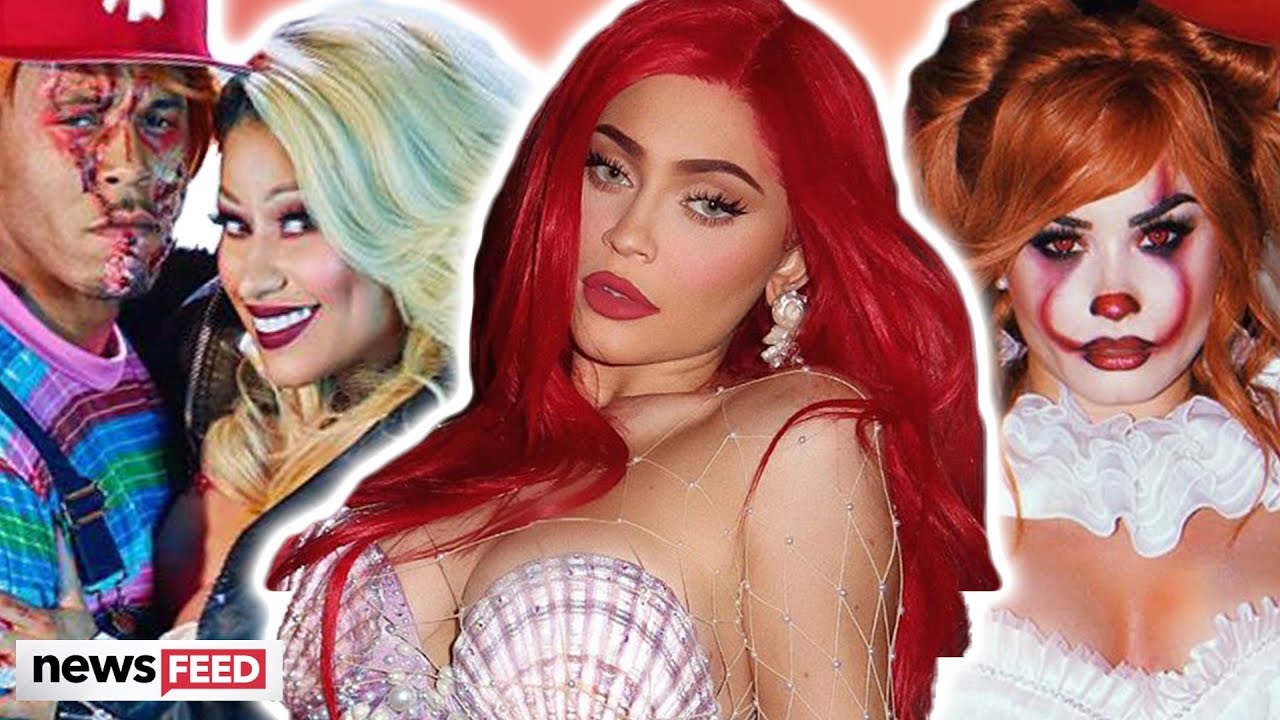 What’s up guys it’s Emile Ennis Jr. here with Clevver News and in THIS video I’m going to give you a roundup of this year’s best celebrity costumes.

But that’s not all – I’m going to cover the good, the bad, and the ugly.

Woah. That just made me dizzy.

But anyway, I’m gonna start off by talking about one of my favorite costumes this year – it’s a new icon dressing up as a classic icon.

Instagram was down Wednesday, but Normani fixed it when she posted a photo of her dressed as Naomi Campbell circa 1991.

She shared a side-by-side photo comparison of her and the OG supermodel, and I have to say, I had to do a triple take to make sure that it wasn’t just two photos of her.

Luckily for us, she posted two different poses of her and Naomi.

And she broke the internet entirely. I mean it really doesn’t get better from here.

Except when I saw Tracee Ellis Ross’s tether.

Remember those creepy red jumpsuits from this year’s greatest horror movie, “Us”?

Well, her and her TV family from ‘Black-ish’ dressed up as the tethered versions of themselves for this year’s Halloween episode.

And, uh, I gotta say, Marsai looks EERILY like the daughter.

But Tracee did SO well that Lupita herself commented on her Instagram, saying “You look exactly like Us!” along with the signature little scissor emoji

And, possibly even cooler, even Mariah Carey loved the photo, commenting “OMG”

Luna channeled her inner Gal Gadot in a photo shared by her dad.

And of course, because her mom invented the internet, the photo got back to Gal herself, who showed her stamp of approval in the comments.

Nicki Minaj showed off her new husband on her instagram as well, doing a classic couple’s costume as chucky and bride of chucky.

She also showed off her shiny new 1.1 million dollar ring.

She even tagged the company that made her and her husband’s rings, Rafaello And Co.

I mean, this is the level of extra I aspire to when I have my halloween costume photo shoot.

And you can’t talk about being EXTRA this halloween without talking about Jaclyn Hill.

She first shared her “cancelled” costume to her instagram story, and it got a lot of people talking.

Someone said “She’s a child pretending to be a boss.”

And someone else said “At least the past few years her costumes were interesting & it looked like she tried. This says way more about her ego & how much space her anti-fans take up in her brain.”

She posted a photo of the look on her instagram, along with the caption “Over the last several years the internet has become more & more cruel & has developed what we now call “cancel culture” not one day has gone by in over 2 years where I have not seen “you’re canceled” online. I wanted to create a look showing the glam side of this industry & the ugly. So here is it. You want me canceled? You got it baby. And I know my “haters” are going to HATE this costume. But that’s okay, I love you anyway”

And Demi Lovato approved, she commented on the photo saying “Omg this is everything. looking gorgeous!”

I gotta hand it to Jaclyn, at least she has a sense of humor about the whole thing.

One of her friends posted that he wore her “hairy lipsticks” as horns to her party.

And speaking of sense of humor, Kylie dressed up as a playboy bunny this year.

Why is that funny? Well, because Travis interviewed her for Playboy just a few months back.

And now they’re broken up.

And we’re giving a huge round of applause to Ciara and Russell Wilson because they slayed their costumes as Beyonce and Jay Z!

But let’s hear from you guys. Who were some of your favorite costumes this year? What are you going to be for Halloween? Let me know in the comments below.

And then make sure you subscribe to Clevver News and we’ll give you loads more Halloween updates throughout the next few days!