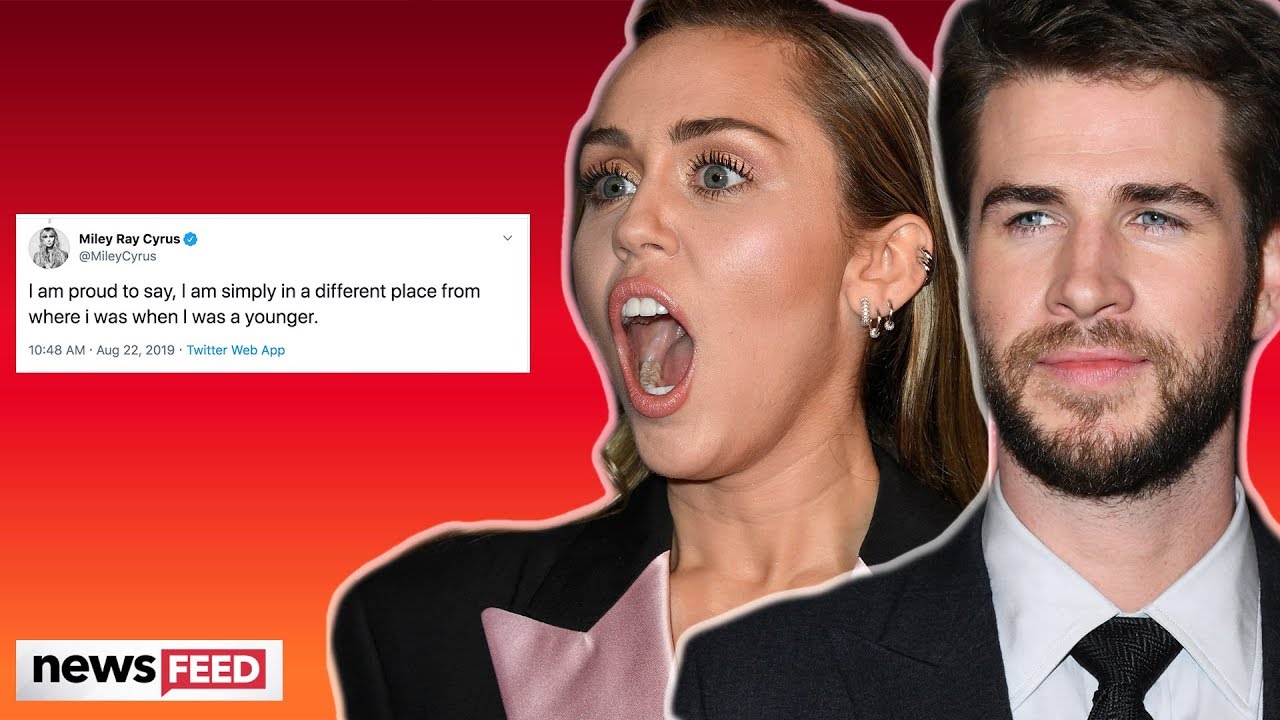 While Liam Hemsworth has officially filed for divorce from Miley Cyrus and Miley seems to be taking things to the next level with her new love interest, Kaitlynn Carter… she is adamantly denying she cheated on Liam during her marriage!

What’s up y’all? It’s Emile Ennis Jr. here with Clevver News and it looks like Miley Cyrus is standing her ground when it comes to her divorce from Liam Hemsworth!

Miley Cyrus went on a Twitter rant Thursday to clear her name from cheating rumors!

And it appears the truth of her and Kaitlynn’s relationship is making itself known after Miley got a tattoo in honor of her recent trip to Italy!

Miley’s tattoo is of the Viconti of Milan coat of arms on her arm. And by now, we all know the significance of Italy…

It’s where Miley was when news broke that she had split from Liam Hemsworth and where she was photographed on a yacht making out and being playful Kaitlynn, who also recently split from her significant other, Brody Jenner.

And now Miley commemorated that trip and time in her life with a some body art.

And Miley isn’t the first and certainly won’t be the last to get a tattoo in the midst of a break up. Heck, not even just celebrities do this, we all do things like this.

And regardless of the significance, it’s a pretty tattoo done by one of the coolest tattoo artists, so I’m here for it.

And as for Miley’s relationship with Kaitlynn, it looks like they are going strong and seem to still be having a good time together.

Back when the pictures first leaked of the two of them kissing, a source told E! News that quote, “the pair bonded over the fact that they’re going through a similar experience. They were truly having fun.”

And they are definitely still having fun, because for Kaitlynn’s ex Brody’s 36th birthday Miley and Kaitlynn sent over a joint gift. …

Yes, you heard me right … Kaitlynn and her new love interest, sent a joint gift over to her ex.

I’ll give you a second to process that.

Anyway, he posted on Instagram the picture of a w**d bouquet that they gifted him and your can see their card in the video.

It said quote, “W**D like to wish you a Happy Birthday! Love you! Miley + Kaitlynn.”

So if sending a joint present and getting a tattoo aren’t the signs of taking the relationship to the next level, I don’t know what is.

And people on Twitter are really here for Miley and Kaitlynn’s romance.

One person wrote quote, “miley and kaitlynn leaving their husbands for each other and running off to italy to embark on a whirlwind lesbian lovefest sounds like the plot of the greatest classic american novel never written”

And another said quote, “Miley and Kaitlynn sent Brody w**d for his bday addressed from both of them and like I’m very confused but also i love that everyone is ok in the situation.”

I agree, it’s slightly confusing and slightly cute all at the same time.

And as for the status of Miley and Liam’s divorce…

According to E! News, “They have a prenup and have kept earnings separate during the marriage. There is not a lot to divide other than the animals. They both have houses that were purchased individually before the marriage.”

So it looks like it’ll be a pretty clean break and it doesn’t look like there’s much hope that these two will find their way back to one another.

A source told E! that they have been split up for months and that quote, “Liam is just done with it. There is no turning back and he knows he wants to move on. They have not had a lot of communication. There is nothing to say”

Ugh, this is sad, but I guess it’s for the best. I think after the news of the actual divorce filing, I am finally done shipping Miley and Liam, some people really do just grow out of relationships.

I want to hear from you… what do you think of Miley’s Twitter defense? And is her Italy tattoo a sign of her and Kaitlynn’s relationship?

Let me know down in the comments below.

And while you’re down there make sure to subscribe to Clevver News and hit the bell so you are notified every time we post a new video. Then click right over here for more entertainment news. Thanks for watching I’m Emile Ennis Jr. and I’ll see you next time.