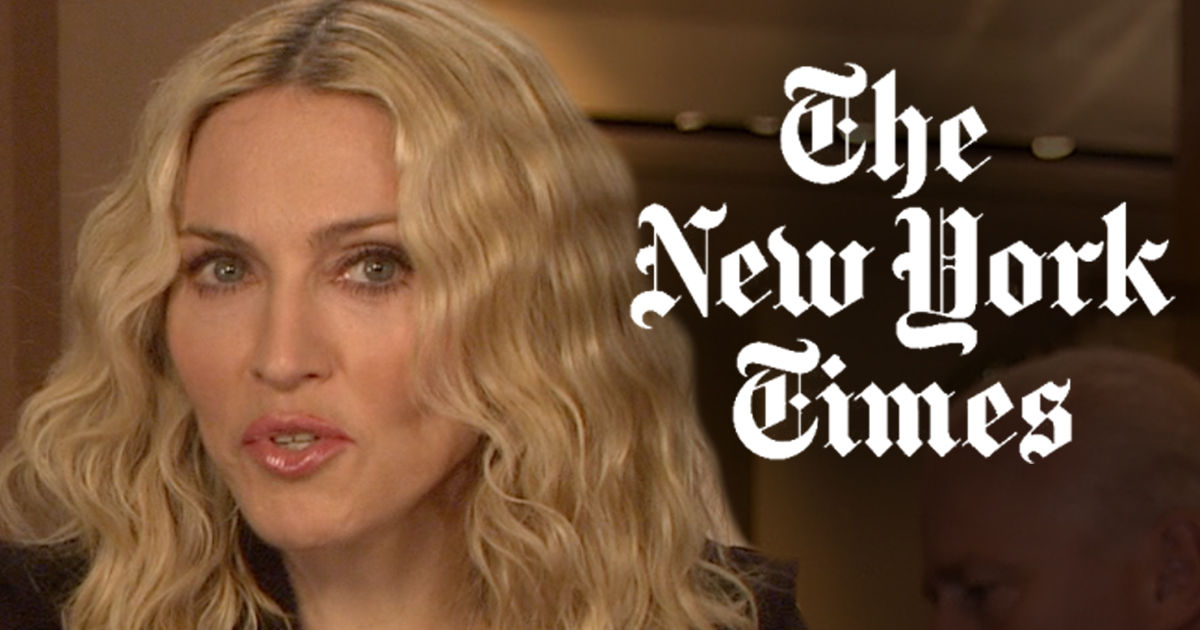 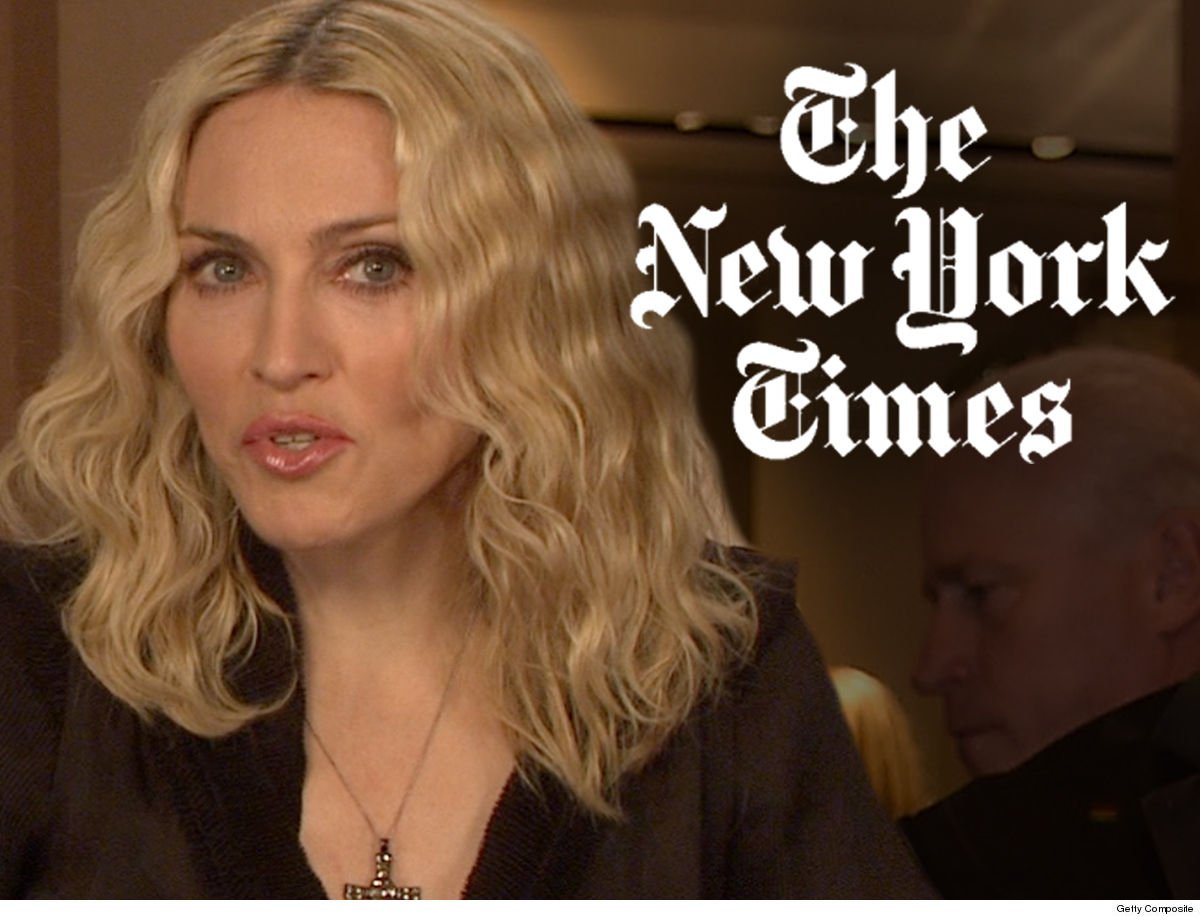 Madonna is slamming a journalist who she claims — despite faking it as an “intellectual feminist” — completely botched her Madge profile, and made the icon “feel raped” by the process.

Madonna didn’t pull punches as she went off on the NYT profile that was released Wednesday, calling it “further proof that the N.Y.T is one of the founding fathers of the Patriarchy.” She states that she is sorry she spent even 5 minutes with the author, and that it “makes me feel raped. And yes I’m allowed to use that analogy having been raped at the age of 19.” Wow.

She points out how obsessed the author was with her age, even titling the article “Madonna at 60,” and rages at the fact that would never have been a factor if she were a man.

Madge doesn’t stop there, she also explains how she invited the author – Vanessa Grigoriadis – into her inner sanctum for MONTHS to work on the article, only for her to focus the attention on “trivial and superficial matters such as the ethnicity of my stand in or the fabric of my curtains.”

The final point of the social media tirade is that, while it was a female reporter who attempted to profile the music icon, her work – Madge believes — is a shining example of how the patriarchy is “woven deep into the fabric of society.” She argues she’s a strong, independent woman, and this female reporter just couldn’t handle it.

One point of the article that Madonna didn’t take issue with specifically, was the recounting of her experiences in Hollywood, particularly with disgraced studio mogul Harvey Weinstein, whom she said “crossed lines and boundaries” when they worked on her 1991 documentary, “Truth or Dare.” Madonna told the magazine Harvey had been “incredibly sexually flirtatious and forward with me when we were working together.”

She added, “I was aware that he did the same with a lot of other women that I knew in the business. We were all ‘Harvey gets to do that because he’s got so much power and he’s so successful and his movies do so well and everybody wants to work with him, so you have to put up with it.'”

We’ve reached out to NYT, who has declined to comment.